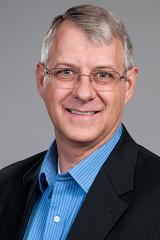 Successful mobile app development is becoming less about programming skill and more about good design and execution. Microsoft has recently released a browser-based mobile app development tool for Windows Phone and Windows 8. In this workshop Microsoft Technical Evangelist Randy Guthrie will show how quick and easy it is to get your first app into the marketplace, and along with it share the essentials of app marketing and key strategies for driving downloads.

Randy Guthrie is a Technical Evangelist for Microsoft Corporation. In this role, Randy provides academic and research support to faculty and students at schools in the western United State. Randy’s research interests include Human Computer Interaction (HCI) and Technology Pedagogy and his current technology passion is Windows 8 app development. Prior to his working at Microsoft, Randy was a professor at Cal Poly Pomona, where he taught software engineering, programming and information systems courses. During his tenure at Cal Poly, Randy was also the volunteer Director of a community employment center, which helps explain why he commonly can be found giving career workshops to tech students and IT professional groups. Before his appointment at Cal Poly, Randy spent thirteen years working for the Northrop Grumman Corporation, where he was a contract manager on the Stealth Bomber project, a project manager, and financial analyst. Randy earned his Bachelor’s Degree in Business from the University of La Verne in 1991, an MBA in 1998 from the Peter F. Drucker School of Management, and a PhD in Information Science in 2007 from the School of Information Science and Technology at Claremont Graduate University. Randy currently resides in Denver, Colorado with his wife Jane and daughter Molly, where he can be found training for sprint triathlons when it’s warm and skiing when it’s cold.