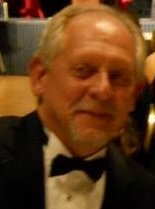 The Microsoft Excel object model contains several dozen objects that you can manipulate through Microsoft Visual Basic for Applications (VBA) code from MS Access. Almost anything you can do with Excel from its user interface, you can do by manipulating its objects through VBA. In addition, you can do things through VBA that can't be done through the user interface. When using MS Access VBA to work with Excel objects, you have access to every part of Excel. This demonstration will work with objects that include cells, ranges, sheets, workbooks, charts, and more. In other words, every element in Excel can be represented by an object that you can manipulate through VBA.

More importantly, the SQL Statements used in MS Access can be directly used in Excel VBA code. This unleashes Excel to replace MS Access Reports and provide a new level of reports for Network, Web, and Citrix environments.

Lean the basics of programming custom Excel reports including custom formulas and formatting based on the record count. See how to automatically organize each report in custom user named folders under each report's name, with custom naming identifies. Automation and Work Flow Management are popular for high-profile, rapid decision making organizations.

Robert Miller was one of the early MCSD, MCT, MCP in Office 95, 97, and 2000 with SQL Server and Citrix experience. As a MCP, one of his specialties was the Excel Object Model Programming. He traveled an average off 32 weeks per year around the country for six years. His consulting experience typically includes SQL Server, MS Access, Excel Objects, and Citrix (Cloud) applications used nationally. In his spare time, he authored a popular interactive Test Preparation for MS Access and the Windows Architecture I & II that was required for the Microsoft Certified Solution Developer. His latest project is developing a Rules Based Engine for Compliance Management in a SQL Server / Access national application that is rich in customized Excel reports.