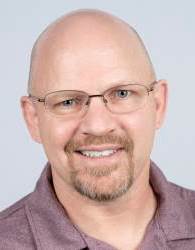 The Best of Both Worlds: Hybrid Apps with Access 2013

Access 2013 web applications allow you to quickly create a database in Office 365, but if you are familiar with traditional Access development, you may find some limitations. One of the best features in Access 2013 are databases created on Office 365 use SQL Azure. Unlike traditional SQL Server, SQL Azure is cloud based so your data can be accessible anywhere. However, every byte of data requested from the Access client is now traveling over the internet, so you need to be very diligent about returning the least amount of data possible. Kevin will show several techniques to help you covert your existing applications to an Access 2013 'hybrid' app.

Kevin Bell is a test engineer on the Microsoft Access team in Redmond Washington. Prior to joining Microsoft in 2008, Kevin was a partner in a consulting practice in Colorado that specialized in building software solutions for small businesses and departments in large corporations, primarily working with Microsoft Access and SQL Server. Over a 15+ year consulting career he has created a variety of custom applications from a management system for a small drapery shop with a hand full of users to a compliance tracking system for a large insurance company with hundreds of users in multiple locations.

Over the years Kevin has been a member, officer and frequent presenter at the Denver Area Access User Group and now regularly presents at the Seattle Access User Group and the annual Portland Database Designers Conference. This November he had the pleasure of presenting at the 2012 UK Access Groups National Seminar in London.

Plan to stay late after the meeting. Kevin has promised to stick around for an after-meeting/after-party/meet-and-greet. We're just going to kick back, sit around, and have an informal chat until???