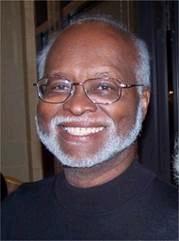 Effective Use of Multivalue Fields

David Nealey will describe ways to effectively use Access multivalue fields (MVF) in business applications. MVFs were added to ACCDB files in Access 2007. They are a quick and easy way to add multi-selections to questionnaires and other business applications. The method creates many-to-many relations using lookup tables embedded in master tables.

David will show how to store several professional certifications (e.g., PMP, LEED AP, CFP); technical terms; and, company names in MVFs. When the values are displayed in a form, they appear on different lines with Access-generated checkboxes. In a report, multiple values can be comma separated, semicolon separated, or displayed on separate lines. Developers can set various formatting properties to produce very attractive reports for users.

Many developers consider MVFs to break database design rules. With a clear understanding of MVFs, developers can use them effectively.

David Nealey is a retired geologist who has used versions of Access since Access 95. As a geologist he conducted extensive fieldwork and geochemical research on volcanic rocks in Arizona, Utah and Nevada. David also mapped rocks in Colorado using Geographic Information Systems, and he studied fossils and geologic features (e.g., sinkholes) in Florida. David has been a DAAUG member since 2000 and he has made presentations about several of his Access business applications.

DAAUG President Jim Pilcher, will offer a brief recap of the Portland Database Conference he attended during the first week of May. He will also share a few photographs from the experience. If anything interesting from Microsoft appears at the conference, you will hear all about it! Be prepared to ask questions! Jim, and member Ken Mulvihill also attending the Portland conference, will try to answer them the best that they can.

Jim Pilcher, the current DAAUG President, is a prominent Microsoft Access developer in the Colorado Front Range, having worked with Access professionally since its introduction in 1992. Jim’s company, DataOne, Inc., maintains a broad clientele base providing database solutions for local and state-wide enterprises, as well as large international companies. A frequent presenter at the Denver Area Access Users Group, Jim has served eight terms as its President, and five terms in other DAAUG capacities. Visit his web site at www.dataonedenver.com.